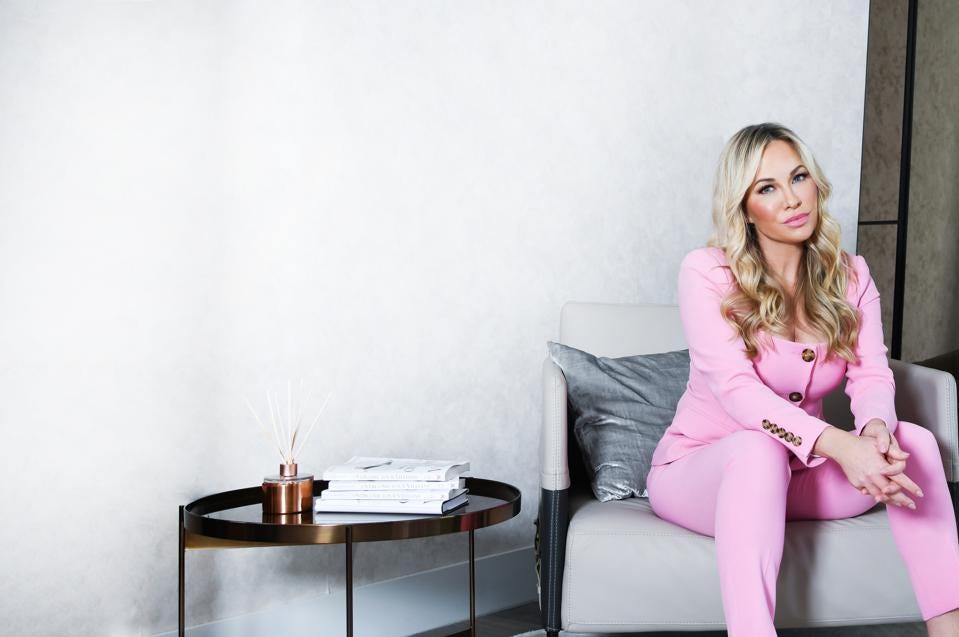 Before she was a two-time best-selling author, named one of the Top 50 Keynote Speakers in the World for 2022, a TedX speaker, podcast host, and entrepreneur, Monahan was a highly successful chief revenue officer at a major media company.

Getting terminated by her new boss—the interim CEO, who seemed to despise her and was the only other woman in the C-suite—was a low point for Monahan, who at the time was a single mother with a ten-year-old son. This villain shook her confidence.

“I felt like I had lost everything when I was fired,” Monahan explained, “but really, all I had lost was a paycheck, not my business acumen, vast network, or unique value proposition.”

Monahan’s pivotal insight led her to reframe the exchange: “That day, that woman thought she had fired me, but I had actually just fired my villain.”

She still needed to find a way through this difficult period, so at the urging of a supportive friend, Monahan began to write down times where she had overcome past challenges, distilling them down until she saw a clear pattern emerge, a proven recipe for success.

The result was what Monahan calls “BAK,” a powerful three-step process she outlines in her new book, Overcome Your Villains: Mastering Your Beliefs, Actions, and Knowledge to Conquer Any Adversity:

Beliefs include self-talk and other internal messages we’ve accepted as truth. These affirmations and claims can work for or against you, but they’re within your control to identify and then reinforce or remove.

Likewise, instead of listening to others’ limiting beliefs of you, Monahan advises flipping the script and doing the opposite. “I never take direction from someone who hasn’t been where I want to go.”

In addition to bolstering our beliefs, the actions we’re currently taking—and plan to take in the future—to find success and happiness are crucial.

For Monahan, who says she’s wired for action, this meant immediately going to social media to letting her network know that she’d just been fired and asking for their help. She recalls that some labeled her move as “pathetic.” But at a time when most would feel embarrassed, Monahan knew that “shining a light on her shame” and owning her reality had the power to make her more relatable. She was right, the post went viral, and she was inundated with offers of assistance.

Along with our beliefs and actions, knowledge is essential for growth. It’s comprised of the information and skills we need to be more effective people in every aspect of our work and personal lives, whether that’s the podcasts we listen to, the books we read, or the content we watch. Investing in yourself is vital, stresses Monahan, who says that it also includes surrounding yourself with those who elevate you and stopping playing small to appease others.

“To conquer adversity,” says Monahan, “you have to master your beliefs, actions, and knowledge, and it’s the combination of those essential elements that create the confidence to overcome your villains.”

Lest you think that all villains are toxic bosses, Monahan is quick to correct you. “There are all sorts of ‘villains’ in our lives, whether that’s a global pandemic, an unhealthy relationship, a ‘sneaky’ villain like a well-intended family member or friend, a negative environment, a frenemy, or the ultimate villain within.”

And it’s that inner saboteur that’s often the biggest hurdle to cross and the source of our unfounded fears. “Fear is a liar,” says Monahan, “but it’s also a green light that means go. So we need to intentionally change the tape we play in our heads to one that’s supportive and empowering.”

For anyone struggling, stuck, feeling down, defeated, or unsure in their career, Monahan stresses that you’re not alone and that you’ll conquer adversity by following her simple roadmap.

She also urges you to take action now: “Overcome your villains because that is the one thing standing between where you are today and the hero you are destined to be.”

RT @kellisontaylor: Closing keynote is @_heathermonahan for the AICPA Women's Global Leadership Summit. It was great to meet you in person!…
View on Twitter