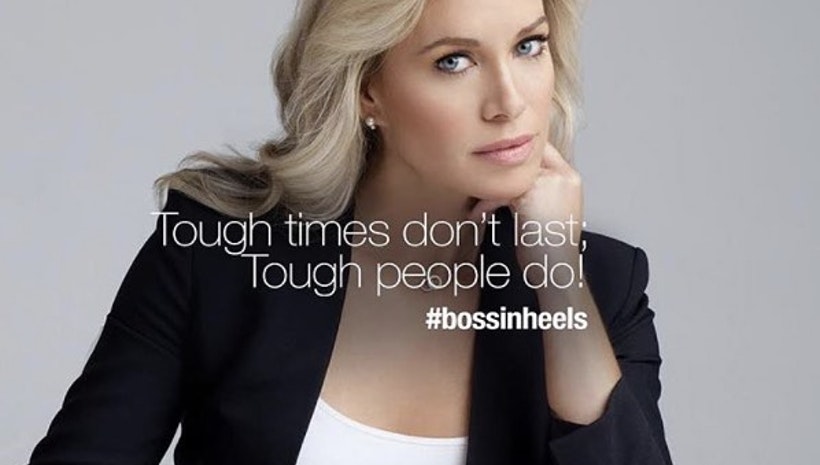 Shining a light on shame and asking for help are not the easiest steps to take at least not for me. At some point in life you decide to listen to that inner voice and not only listen but to allow that inner voice to drive your decisions.  While the inner voice may be small it makes some pretty radical moves. Finding the courage to take action on what your inner voice tells you to do is key in getting yourself where you are meant to go.

I was terminated from my job on July 27th of this year.  I had no idea I was being fired.  I had been at the same company for 14 years and had reached the C suite as a successful and accomplished leader.  I had just been recognized as one of the 40 most influential women in radio two months before I was fired.  There is a certain amount of value that we as a society place on career and employment and there is a stigma associated with being fired. The day I was fired was like a punch in the gut. I literally couldn’t believe it had happened.  I had a two and half hour ride home and I cried the entire ride.  I cried because I was angry, I was hurt, I felt embarrassed and I felt robbed of everything that I had. Like anything things would change with time. While I remembered that things are temporary and that they would evolve and be different soon, I couldn’t separate myself from the emotion. That was when I heard my inner voice tell me that I needed to let everyone know.  I felt robbed of having the chance to say goodbye to my team and I felt scared of not knowing what the future held.  Both of these things could be addressed if I could muster up the courage to put it out on social media, so that is exactly what I did.

My natural reaction to being fired was wanting to hide and just wanting everything to go away but instead when I owned it and put it out on social media, I got the biggest outreach of support, encouragement and opportunity and it literally overwhelmed me in the most encouraging way.  Putting yourself out there always pays. Letting others know that you are in need and are in a tough situation gives others the chance to rise up and support you and that is exactly what happened. I was given opportunities that I never would have been given otherwise. I couldn’t have imagined what a blessing it was to let others know I needed help and then to accept it.  I learned that while many people will reach out to you asking to help it is up to you to tell them specifically what you need.  While those first couple of weeks were tough shining a light on my own fears and shame about being fired is what catapulted me through my tough time. Now I stood only a couple of weeks later with so much potential and I was suddenly in the driver’s seat.  I realized that while a company can take your paycheck no one can take your network, reputation, experience or confidence away from you.

The entire experience taught me yet again to listen to my own voice. To believe in myself and remember that you can’t see how the dots are connecting looking forward, it only becomes clear when you look back.