How a healthy amount of job stress can help your career 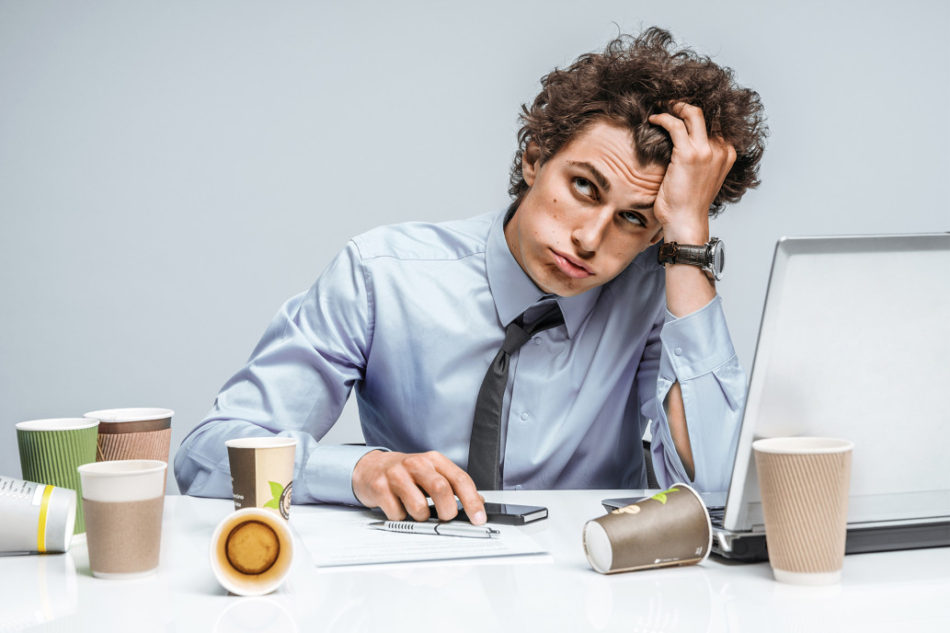 Dame Judi Dench, one of the most prolific actors on the planet, recently revealed that she stresses over whether she’ll keep landing roles.

“I constantly worry. I just want to be employed. I want to work,” she said in a recent Q&A.

Looks like those fears have driven her to having an incredible career; the Academy Award-winning actress of “Shakespeare in Love” has made about 50 movies and is considered one of England’s national treasures.

“But Sam, you’re in everything!” said the interviewer. “You’re never not employed!”

This isn’t just a Hollywood star’s #firstworldproblem. Brittany Sherwood, 27, a psychiatric nurse practitioner juggling three different gigs, previously told Moneyish that “there is this perpetual anxiety about finding work and getting enough bookings.”

Many studies warn about the physical and mental dangers of chronic workplace stress, including weight gain, anxiety and depression, as well as worst-case scenarios such as heart problems, diabetes and cancer. And the National Institute of Health has warned that gig workers suffer “chronic job insecurity, known to contribute to poor overall health.”

But psychologists and career experts admit that occasional short bursts of job stress can work as powerful motivators to be proactive about getting what you want – and to be prepared in case you don’t.

“A healthy sense of worry is a driver to push you beyond your comfort zone,” Heather Monahan, a women’s empowerment and business expert, told Moneyish. “If you are concerned that there may not be another job, you are going to hustle that much more for the one in front of you.”

“You don’t want to be under-stressed, where you’re apathetic about your work, you don’t care about it and you don’t do anything productive, so quick jolts of stress that go away are actually positive forces,” agreed Dr. J. Ryan Fuller, a psychologist at New York Behavioral Health. “But you also don’t want to get so anxious that you freeze up or procrastinate. You want to be right in the middle, where you’re concerned enough that you become goal-oriented.”

So how can you make your job stress work for you?

On a scale of 1 (no big deal) to 10 (someone dies) what is the worst thing that can actually happen if you don’t get enough gigs this month, or you miss that deadline? “How bad is it really?” asked Dr. Fuller, whose clients often realize they’re magnifying the end result to be much worse than it would be. “If you have enough money in the bank to cover your expenses this month, then maybe not getting that freelance job is more of a 5 – still not great, but your brain can handle a problem that’s a ‘5’ more easily than a ‘9.’”

Make a plan. Turn your fear into decisive action

Worried about booking enough writing or acting gigs each month? Set manageable weekly goals – going to one audition a day, or pitching an article a day, in hopes of getting at least one job a week if you know that four a month can sustain you. Afraid your company is going under? “Being proactive in looking for opportunities and marketing yourself is a step in the right direction if you feel uncertain about your existing job,” added Monahan. “There is nothing wrong with pulling your resume together, updating your LinkedIn profile and reaching out to contacts to see what opportunities may exist.”

Appreciate the job you have

Let’s say you are sick of serving frappuccinos at Starbucks or working overtime in your office. Use the fear of losing this position as a motivator to clock in and be a model employee anyway. “When you don’t take it for granted, you do your best, which creates opportunity for you and builds your reputation,” said Monahan.

Taking breaks boosts productivity – and helps you feel better, to boot. So use your vacation days, take a walk on your lunch break, or at the very least, do a couple of breathing exercises for two minutes, twice a day. Dr. Fuller suggests closing your eyes and inhaling for four breaths, holding your breath for seven seconds and then releasing it for eight counts to reduce stress. And if you feel self-conscious, duck into an empty conference room or a bathroom stall for some privacy.