5 Ways To Bounce Back And Win After Getting Fired 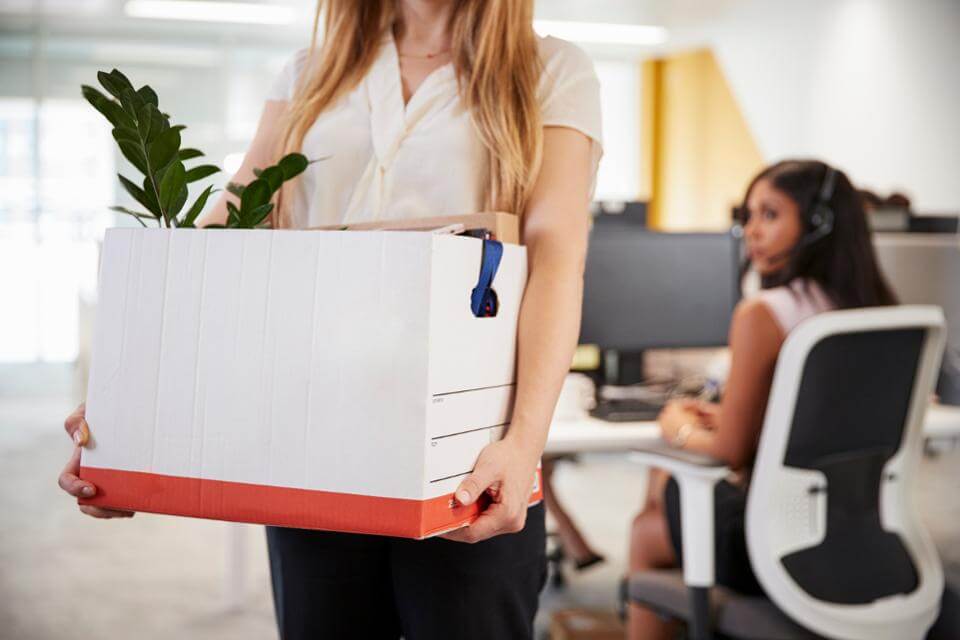 The stigma around getting fired is dying out as the new generations take over the workforce. Traditionally, baby boomers remained loyal to one company until retirement. They settled for toxic bosses and work environments in exchange for security and stability, in the form of a retirement fund or pension. To them, getting fired was perceived as the worst thing that could happen in one’s career.

Today, getting fired is viewed differently especially with an outspoken generation refusing to pay their dues like boomers did and remain in one position until retirement. Millennials fear getting fired less than previous generations because they’re less focused on the long term and more focused on the now. They view each position as a short-term stepping stone helping to build their professional equity and climb the ranks faster.

Harvard Business Review wrote an article supporting the idea that getting fired is empowering and actually good for one’s career. It teaches people failure isn’t a career breaker and can open doors to new and more fitting opportunities. Being let go from a job isn’t the end of the world. It’s the start of a new beginning.

Here are 5 ways to bounce back and win after getting fired.

It’s inevitable candidate’s are going to be faced with the question of why they left their last position. The biggest mistake one can make is not being prepared to answer. As a result, their emotions take over and they end up bashing their previous employer or stumbling over their words as they struggle with embarrassment.

The key to being successful when answering is removing emotion and keeping it fact based while finding something positive to say about the previous company. To strengthen their response, job seekers can reach out to recruiters, industry professionals or friends to gain feedback.

Often times, employees who are working in a toxic environment overlook red flags and put up with mistreatment due to fear that they won’t find another job with the same pay or benefits. They put up with being bullied by their boss, disrespected by colleagues or belittled by clients. It’s not until after they’re fired that they realize how toxic of a situation they were in.

The unfortunate truth is, 250,000 employees are wrongfully terminated each year according to The Armstrong Law Firm. Of those 250,000, most of them are allowing the failure of losing their job to defeat them while others use it as a redirect to pursue a path they’ve wanted all along.

Most people act out of desperation to immediately secure another job instead of taking time to identify the red flags from their most recent one and set boundaries for their future one. This causes them to end up in a similar situation or one that’s worse. This is detrimental because if they leave fairly quickly, it creates a pattern making them look like a job hopper. Despite it being the wrong position, it creates a less than desirable image for the candidate.

Tapping Into And Expanding Your Network

It’s crippling to the ego to admit being let go from a company but it’s incredibly common. Last year, the Bureau of Labor Statistics released a report showing 21.9 million workers were laid off or fired in 2018 alone. While getting fired can be humiliating, the reality is the average person gets laid off or fired at least once in their career. The job market today is more favorable than it was years ago. The U.S. is experiencing extreme labor shortages with 7.1 million open jobs but only 6 million job seekers.

For this reason, it’s vital job seekers take advantage of who they know and reach out to their inner circle and network for support. Even though most people don’t voluntarily share when they’re fired, it’s surprising to find out who opens up about having also been let go from their job. In addition, since they can relate, they’ll be more inclined to share opportunities and people who can help. The more connections one has, the greater the chance they’ll have of finding a position that’s aligned with what they’re looking for.

Strengthening Your Skill Set And Building Your Brand

There are various ways to keep up with personal development for all budget types. Coursera, Udemy and edX are a few free online learning sites for those who want to stay on top of their development and learn new skills. Utilizing this time to attend industry conferences, workshops and obtain certifications is a great way to stand out against other candidates.

Aside from face-to-face interaction, LinkedIn is the best online platform that allows people to build and expand their network connecting them to various companies and key people in their industry. Job seekers should take advantage of reaching out to professional connections and asking for a LinkedIn recommendation.

A powerful recommendation is personalized and showcases a job seekers contributions, accomplishments and talents. When reaching out be as specific as possible. Providing bullet points and specific achievements is a great way to help them write an effective and credible recommendation. Offering to return the favor helps increase their incentive of writing one.

A LinkedIn profile URL should always be present on a resume. Over 30 million companies are active on LinkedIn with over 20 million open positions. LinkedIn acts as a professional portfolio and social proof for a candidate. If crafting a LinkedIn profile and revamping a resume is overwhelming, there are plenty of resources available. Some people utilize sites such as Fiverr or UpWork while others reach out to their university and take advantage of the alumni services through their career center.

Forging Ahead With An Unstoppable Mindset And A Plan Of Attack

More than ever, now is the time to figure out the direction of your career. This is a prime opportunity to pave a new path if this one no longer suits you. Avoid focusing on the things that can’t be changed and instead reflect back on the learning lessons and things that can be. This is a time of discovery and development.

Heather Monahan is a classic example of this. After serving as the chief revenue officer for a major broadcast company, Monahan was bullied by her boss and ultimately fired from her position. What she did next was impeccable. She gave herself one week to grieve and then took action using her 14 years of experience to build her own businessinstead of continuing her journey in corporate.

Today, Monahan inspires and empowers others through her weekly podcast where she interviews successful leaders in business and provides advice to help listeners build their confidence. Whether it’s another 9-5 position, starting a side business or taking time off to travel, being fired can be liberating and a blessing in disguise.