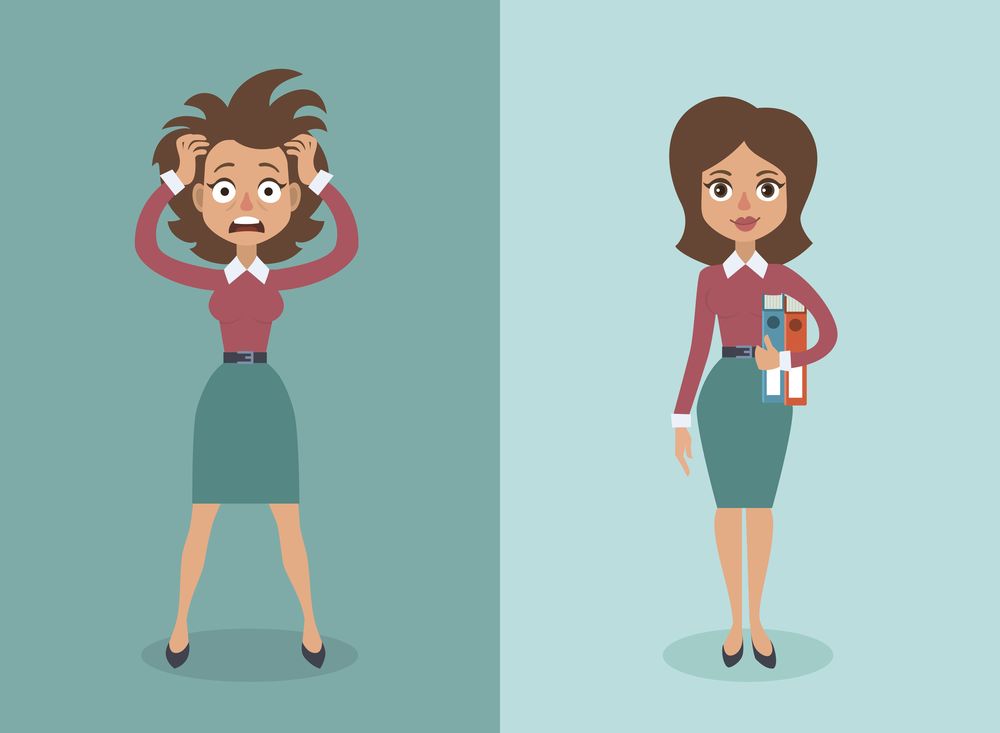 When work and family life seem to hit rock bottom, the next life-changing opportunity is around the corner.

When I was younger, I felt like my life was a series of letdowns and disasters. This led to a challenging existence through my young adult years. Like most people, I have had my share of breakdowns and experiences where I felt my life was falling apart, but what I have learned recently—as I look back on all of it—is that my biggest breakdowns actually led me to my biggest breakthroughs.

After I graduated school, I had to get a job, and I had no idea what I wanted to do so I went to work for the Gallo Winery as a salesperson. I did well there quickly and before I knew it, I was promoted. Equally as quick, our head boss began sexually harassing me at work. It was awful. My bosses’ boss would text me inappropriate things, call me incessantly and ask me what I was wearing and when he could see me. I complained to my boss and I was told to document everything, which I did. After I couldn’t take it any longer, I resigned and began to look for a new job. I was devastated and felt powerless. I was being pushed and pulled by life and I didn’t like it.

Then, I met an owner of a radio station and went to work for him in sales. He didn’t harass me and instead he trained me and elevated me. Things had gotten so much better than I had realized they could be at work, and I was suddenly grateful I had left my last job, which I had never wanted to leave. My boss was putting time and effort into teaching me how to move business forward. I had somehow ended up in the right place. I had a boyfriend that I loved that I had been living with for some time. My family had moved across the country, and I was hoping he was going to ask me to marry him soon. That is when I caught him cheating on me. Yet again, I felt that life was pushing and pulling me and there was nothing I could do to stop it.

I broke up with my boyfriend and moved in with a girlfriend. I went to work every day in flip-flops with my hair in a ponytail. I was devastated. My boss noticed the change in my behavior and he came to me shortly after the breakup to ask if I would ever consider moving for an equity partnership opportunity with the company. My eyes lit up! This would mean I wouldn’t have to run into my ex anymore and I could escape my heartbreak. I was in. Had anyone told me that I was going to move one year before this, I would have laughed at them. Remember, I was waiting for my engagement ring and getting married. I had hit rock bottom and because of that was open to an opportunity that I previously would have never considered. I hopped on a plane with my boss and moved to Michigan to make a name for myself in business. While I had a difficult couple of years working there, I created tremendous value for my company and myself, and I built a reputation as a winner. I had turned my life from one of upset two years prior to one in which I was in the driver’s seat. When we sold our company and I was paid, I decided to move to Florida to start a new job with a different company. Again, something I never would have done had I not been cheated on.

Living in Florida was fantastic and I was loving my life; shortly thereafter, I met my now ex-husband. Knowing I wanted a baby, we married quickly. My son was born a year later, and while having him was the most amazing experience of my life, I was quickly confronted with the fact that my marriage was miserable. Realizing I had married the wrong person and that I was going to need to file for divorce left me feeling like a loser and a letdown for my child. I was devastated yet again.

I had hit rock bottom and because of that was open to an opportunity that I previously would have never considered.

This time, though, I responded differently than I had in the past. This time, I decided to look inside. I decided to dig into why I had been choosing the people I had, why I had been settling for less and figuring out what I could change about me to create a life I wanted for me and my son.

My divorce was probably my darkest time, which led me to my biggest breakthrough yet. By deciding to focus on me and myself instead of looking at everyone else, I was able to create change in my life that has led to confidence, acceptance, and love like I have never known. This has not been a short process but instead has been an empowering one that I would not change for anything.

After my divorce, I was in a relationship for years. When I wasn’t happy with it anymore, I ended it. A year later I got back together with my ex-boyfriend and he shared a perspective with me that again changed me for good. He let me know that I was so much more than I had realized and that I needed to share that with the world. He inspired me to launch my own brand and empower women in a way that I had needed my whole life. This has been one of the most rewarding times of my life. Had I not ended that relationship and given him that time away from me, he would have never gained the perspective that he had. This is another example of things seemingly falling apart before they can really come together.

Everything that I have accomplished has come as the result of a challenge or obstacle. My life has not been easy. Strangely enough when I look back on the past 42 years I have come to realize that when I was at my lowest, I was there because I was getting ready to take off. My challenges have prepared me and led me to my success and so can yours.