15 Little Signs You Aren’t Being Fully Authentic Every Day 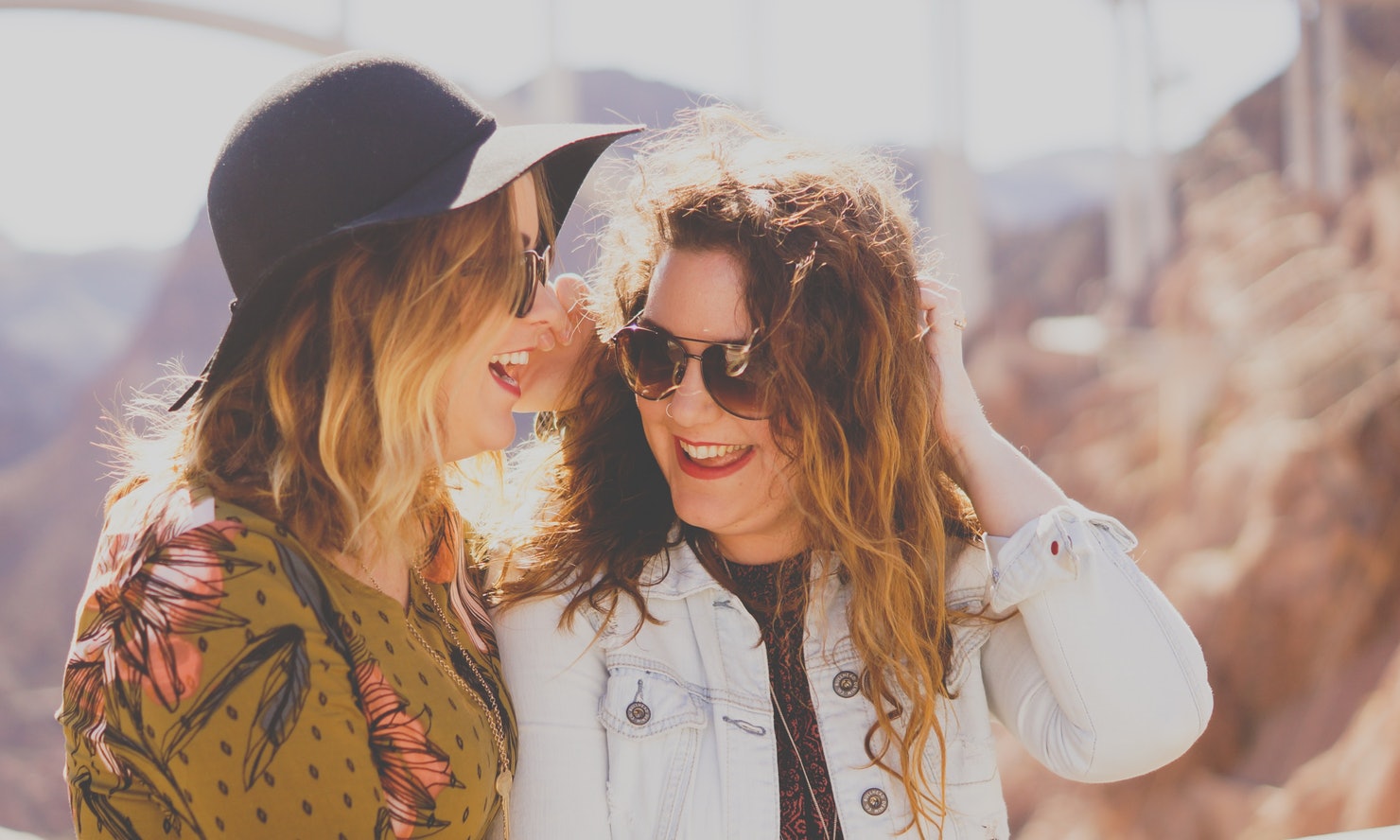 It’s impossible to be the “real you” all day, every day. And that’s OK. Sometimes you gotta put on a good face for a job interview, even though you aren’t feelin’ it. Or you might act extra friendly when meeting someone new, despite the fact you’re usually shy. But that doesn’t mean you shouldn’t allow yourself to be as authentic as possible, most of the time.

That said, I fully appreciate how scary it can be — especially if you’ve gotten in the habit of hiding your truest self. “Being authentic inevitably leads to us being vulnerable,” life coach and author Kali Rogers tells Bustle. “When we are completely at one with ourselves and acting and saying everything out of our own minds, then we are letting others see who we really are and opening up to the possibility of true rejection.” Like I said, scary.

But that doesn’t mean it’s impossible. “You need to build up confidence and confrontation skills, as well as work on boundaries,” Rogers says, adding that it’s sometimes necessary to see a professional for some tips and tricks. “It’s probably one of the hardest journeys you will ever take, but it is totally worth it!” Read on for some signs it’s more than time to make the effort.

1. You’re Constantly Cringing At Yourself

If you lay in bed at night recounting all the “weird” things you said and did during the day, it’s likely you weren’t as authentic as you could have been. “Being authentic doesn’t necessarily mean you never act in a way you’re embarrassed by, but it is definitely less frequent,” Rogers says.

2. You Feel Awkward More Often Than Not

It’s normal to suffer through the occasional awkward moment, but that doesn’t mean you should be feeling uncomfortable 24/7. If you do, it could be due to the little voice in your head screaming this isn’t you. So go ahead and listen to it. “Everyone struggles with authenticity, but this is the easiest way to detect that you are actively trying to be someone you’re not,” Rogers says.

3. You’re Resentful All The Time

If you don’t say what you think, or act like your true self, don’t be surprised if you start to feel resentful. As therapist Maryellen P. Mullin, CEO, LMFT says, “A common indicator that you are not being authentic may be the amount of resentfulness you feel towards someone. When you do not communicate your wants and needs, or you try to please others instead of speaking your truth, you end up resenting a person or situation.”

When you aren’t being yourself, it’s impossible for people to get an accurate read of your personality. And that can lead to you feeling misunderstood. As certified counselor David Bennett tells me, you might also feel like people perceive you in a way doesn’t seem to match up with what you feel like on the inside.

5. You’re Always Looking For An Escape

Since putting on a show for others can be tiring, it might explain why you feel so tired all the time, and like you need to “escape” social situations. “People who are inauthentic put on masks to function in their regular, inauthentic, environments,” Bennett says. “The more your authentic self lines up with your everyday life, the less you have to escape.”

6. You’re Afraid To Step Outside Your Comfort Zone

Everyone can and should reinvent themselves from time to time. But if you feel like you can’t because it might not line up with what’s expected of you, take note. “If you have always wanted to do something ‘out of character,’ such as dye your hair or get a tattoo but are afraid of what others will think, this is a sign you aren’t being your authentic self,” says therapist Kimberly Hershenson, LMSW.

7. You Think Twice Before Speaking

While I’m not suggesting you blurt out every little thing that comes to mind, no one should go too far in the opposite direction, either. “It’s important to be aware of hurting others’ feelings, but it’s not OK to avoid voicing your opinion, needs, and wants at the expense of others to save them from feeling a certain way,” Hershenson says.

There’s certainly a lot of pressure out there to be perfect, no doubt about it. “We as a society get caught up in material things: money, possessions, job status, etc.,” Hershenson says. But if you pursue these things because you feel like you have to be perfect — especially if it’s to impress others — take it as a sign that you may need to be truer to yourself.

When you are living the life you want, everything will feel off. As relationship therapist Julienne B. Derichs, LCPC says, “You feel like you are ‘putting on someone else’s clothes’ and they don’t fit right, but you are trying to make it work.”

It’s OK to get nervous occasionally — like in a work meeting, where you may not have the guts in the moment to share a great idea. You shouldn’t, however, feel like you’re constantly letting yourself down 24/7. As counselor Margaret Bell tells me, signs that you’re repressing your true self include feeling mad for not speaking up, tension in your stomach after a missed moment, feelings of rejection or being unheard, anger, and even depression.

11. You Turn To Others When Making Decisions

Asking for help and advice is a perfectly normal and healthy thing to do. But if you feel like you can’t make a decision without that help, take note. “If you constantly ask others what they would do in a situation instead of listening to yourself, you aren’t being authentic,” workplace expert Heather Monahan tells Bustle. It’s just goes to show that you value someone else’s opinion over your own, and that’s not OK.

12. Or You Take Forever To Make A Decision

In the same vein, Monahan tells me you might catch yourself taking forever to make decisions, too. This is likely because you’re too busy weighing what everyone else wants, instead of considering what’s right and best for you.

13. You Do Whatever You Can To Avoid Conflict

As Monahan says, “You find yourself repressing your instincts and reactions to keep peace or please others.” And while nobody likes conflict, sometimes you just gotta stand up for yourself and tell it like it is — even if it means someone might not like you.

If people are constantly saying you’re “aloof” or “unapproachable,” Monahan tells me it may be that you’re not giving off authentic vibes. This is common for people who just sort of coast in the middle, personality-wise, as to not offend anyone. And really, nothing’s more inauthentic than that.

15. You’re Kind Of Making Yourself Sick

If you’re faking your way through life, it’ll likely take a toll on your physical and mental well-being. “This could be something such as sadness or feeling unmotivated,” movement therapist Erica Hornthal, MA, LCPC, BC-DMT tells Bustle. “This could also be something along the lines of anxiety or tension because you are forcing yourself to live a life that is not true to who you are and what you want to be.” You might even feel muscle tension, or fatigue.

And clearly, none of that is healthy — or OK. So, if you feel like you’re struggling to be authentic, start working on ways to feel more comfortable with yourself, speak your mind, and live truthfully. I promise you’ll feel so much better as a result.