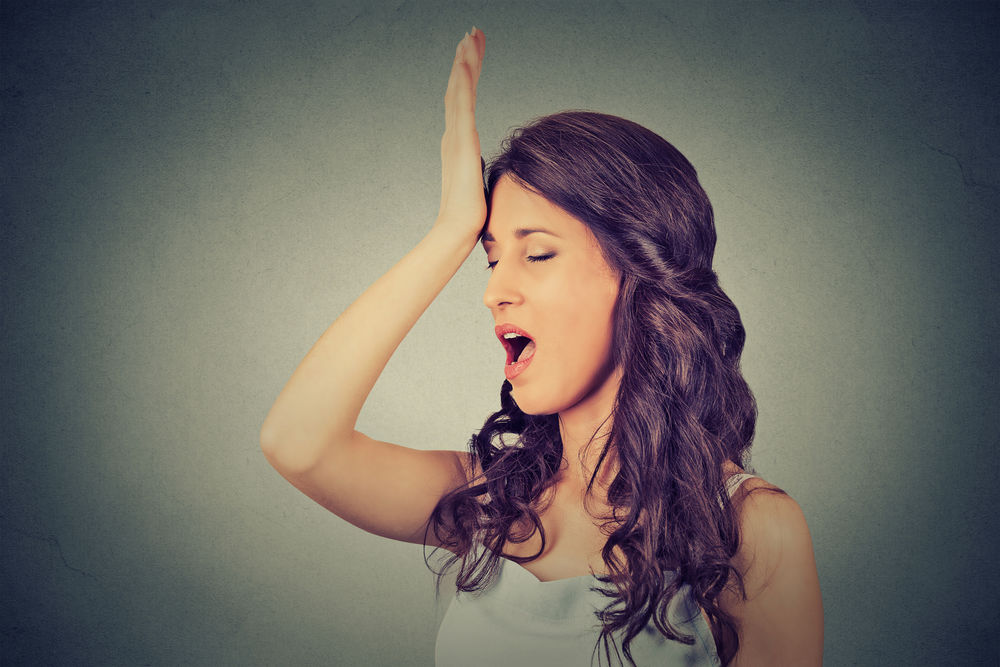 1. Yes. I used to say yes when I was asked to do anything. I wouldn’t even take a moment to think if I had the time or the ability to get something done; I would just automatically accept the task for fear of being perceived negatively if I didn’t. I am much less reactive now and instead I focus on my big-picture plan and responsibilities. Now, I consider what I have on my to-do list, what my priorities are and how this new task will affect the overall plan. Remember that people will treat you the way that you allow them to. I have made it clear that I am not a dumping ground for tasks no one else wants, and you should, too.

2. No problem. When my manager or others realized they were asking too much of me and suggested they knew things were difficult for me, I had responded, “No problem.” Today, when someone explains to me that they know that I am busy and they hate to ask me to do something or feel badly about it, I now have a conversation with them where I ask them questions trying to identify another solution for them. The more questions you can ask and better understand the person’s challenge, the better chance you have of helping them come up with their own solution.

3. This isn’t fair. When you play a role in creating an environment where others are overloading you, you inevitably get frustrated. After accepting too much responsibility and getting upset that others didn’t do the same, I would find myself telling my boss that “things are not fair.” What I’ve learned is that I was right that things were not fair, but I had the power to change them. By creating boundaries and respecting my time and commitments I was able to be more realistic about what I could and couldn’t take on. This forces management to lean on others to take on responsibilities that in the past were just thrown to me. We can change how people treat us by changing how we treat and view ourselves.

4. I am sorry. Unfortunately, there must have been some chip implanted in my head when I was young that had me default to “I’m sorry” whenever a situation would arise and I was at a loss for words. I would find myself apologizing for the most bizarre things. If someone bumped into me in the hall, I would say I was sorry. If someone told me they didn’t sleep the night before, again I was sorry. It became such a go-to phrase for me that I found myself using it daily. Today, I don’t say I’m sorry. I vow to myself every day not to say it. It’s a conscious effort, and it’s paying off. I’ll notice myself in a situation and want to say it, but I hold back. Once the moment passes, I realize that I didn’t need to say it, and I’m glad I didn’t. When you apologize, you take power away from you and the statement you’re making.

5. If no one else is going to do this I will. Early on in my career I would pride myself in stepping up to take on additional work when no one else had any interest in taking it on. I have since learned that others weren’t offering to take on work because they simply didn’t have the time. We’re all given job responsibilities; there are expectations for our work and deadlines we need to meet. If you find yourself with free time on your hands, it’s a great idea to volunteer for a project. Conversely, if you are wondering if you deserve the job or respect of your supervisors, work on your self-confidence instead of working on another project that doesn’t belong to you.

6. I don’t agree, but I will make it work. I found myself working for a kind person and realized I wanted to keep him happy after having worked for employers that weren’t as pleasant. Keeping others happy at work was never in my job description, but the moment I started things changed for the better. I had been able to disagree with my boss, but I hadn’t been able to work diligently to get him or others to pivot to my solution, which I knew would pay dividends for the company. These days I am painfully clear about why I disagree with an idea or strategy and spend time convincing others why my idea will work. When there are instances where I can’t successfully convince management to change their decision, I now make it known that I strongly disagree with the decision and want it to be noted. Leaving the discussion there makes others truly consider your position and whether to move forward when you feel so strongly. Come from a place of strength when you know you have the best solution at hand.

7. I feel. Starting off a statement at work with “I feel that …” immediately takes the power out of it. I feel makes the statement emotionally driven instead of factually driven. For example, “I feel that passing on this candidate is the right decision” vs. “Passing on this candidate is the right decision.” There’s much more strength and clarity in the second version. Which statement is more compelling to you? If your objective is to be heard and taken seriously at work, then dropping I feel from your repertoire is a must.

8. I am such an idiot. This is an interesting one. Some of us may say, “I’m so silly,” “That was not smart” or “I’m being ridiculous” to explain away a mistake you’ve made; let’s fire those phrases now. When you put yourself down, you begin to believe it and so do others. It’s critical that you use words to describe yourself that elevate you instead of diminish you. When you speak poorly about yourself the people that you work with will, too. It’s critical to success that you speak about yourself the way you want others to speak about you. I certainly wouldn’t accept anyone calling me an idiot, so I no longer speak about myself that way. The minute you see your own value, everyone else will, too.

9. Like. This one was very difficult to break. You know when you say something so often that you don’t realize you’re saying it? That was how I used “like.” It was as though it were a pause, I used it so regularly. I had a few people let me know in private that it was making me sound uneducated. It appeared to others that I must be at a loss for words and had to use “like” to fill the gaps. Since learning this, I have 86’d the word from my vocabulary and I try to help others do the same. It’s tough enough to be perceived a certain way because of your exterior; couple that with words that do not add value to you and we are making things tougher than they need to be.

10. Nothing. Today, I voice my opinion regardless of popular belief. Yet in the past when I had a thought that could be seen as controversial, I would bite my tongue. I can remember countless meetings where I would have so much to contribute, but some phantom fear would hold me back. Later, I saw that my ideas were often good, and sometimes great. It took seeing others speak up to finally realize that if they could do it and survive, so could I. Speaking up in meetings can be scary if you’re afraid of being judged, being wrong or being challenged by superiors. I became aware I was not doing my company or myself a service if I did not bring my unique value and perspective to a conversation. Sharing your thoughts and ideas is your job and responsibility. We only get one shot at this life and we need to make sure we are bringing our best to it each day. Your next idea may be the idea that will change your organization for the better.